“It was fantastic to see how passionate the pupils and staff were.”

Dean Trust Ardwick established their Eco-Committee in September 2018 and are now a Silver Award Eco-School. One of the Eco-Committee’s, first actions was to take a lead on Waste Week. They introduced the school to looking after their local environment through litter picking. Litter picking has now been embedded into school life with each class being included in a yearly, litter-picking schedule.

Following on from the successful Waste Week they had organised, the Eco-Committee wanted to do more and decided to tackle single-use plastics in Dean Trust Ardwick. They wrote and delivered a whole-school assembly on single-use plastics, before creating informational posters and hosting a competition. The competition involved each form group collecting as many plastic bottles as possible. The school, as a whole, collected nearly 50 bin bags of bottles. The committee then contacted Manchester City Council who sent Wendy the Waste Eater to begin the recycling process. 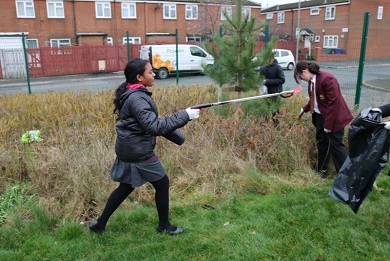 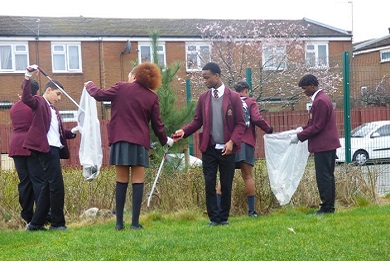 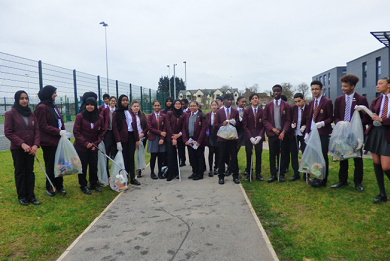 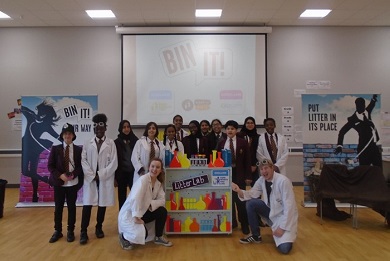 As well as encouraging recycling, the Eco-Committee thought it was important to tackle the problem at the source. They found reusable plastic bottles, which are now sold at school, and have placed a ban on selling bottled water in the canteen. To further help this issue they have also introduced water fountains throughout the school and have created an advertising campaign for their own reusable plastic bottles.

Since beginning their Eco-Schools journey, the vast majority of staff at Dean Trust Ardwick agree that plastic waste has been reduced. They have also received positive endorsement from Manchester City Council’s Waste Services. Now, their next steps are to begin tackling paper waste and recycling, and of course achieving their first Eco-Schools Green Flag award! 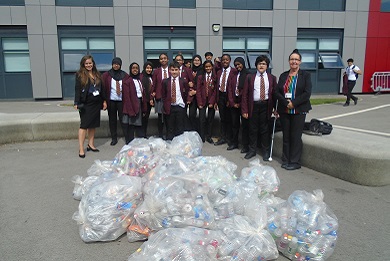 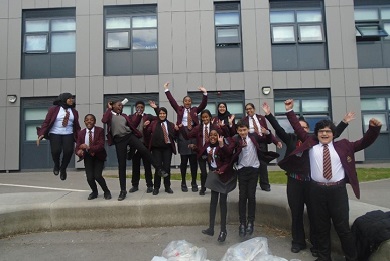